My Adrenal Insufficiency Diagnosis Shows Us Why Awareness Months Matter 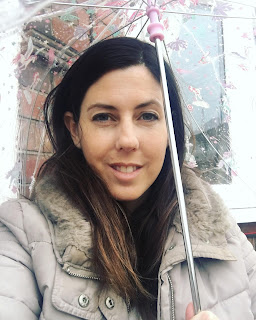 April is Adrenal Insufficiency Awareness Month and, as luck would have it, I have just been diagnosed with it.

I have seen many consultants and health professionals over the past 15 years, but I never felt my issues were being taken seriously. I was beginning to think I’d never get answers as to why my health was so bad. I worried I’d be stuck in this situation for the rest of my life, or even worse that I’d lose my life if we couldn’t get to the bottom of it.

This year my health started to deteriorate very rapidly. Twice I have been taken by ambulance to hospital, barely conscious and unable to speak or respond. My life was slipping away and I felt powerless to do anything about it.

Thankfully I have a great team around me, including my husband and my Dad, who advocated on my behalf and pushed for further tests. One of these was with an endocrinologist who, amongst other things, tested my cortisol levels. Less than 24 hours after having the blood test done, I got a phone call from the endocrinologist himself to say it had come back abnormally low. The next step was to have a morning cortisol blood test as this is when it should be at its highest. Again, it came back low.

Finally, I was getting somewhere. My endocrinologist was brilliant, very proactive and started me on medication within days. I still had one further test which would confirm or rule out a diagnosis, but a national shortage meant that could be some time.

Four weeks later I was called in to have a short synacthen test. This is where they inject you with a synthetic hormone and see how your adrenal glands react. I failed it so badly that I got an urgent phone call from another endocrinologist the following day, to say it had come back very low and I needed to be on medication immediately. Thankfully my original endocrinologist had already sorted this and I continued with the medication I had been taking.

So, I have now been diagnosed with adrenal insufficiency. There are two main types, primary and secondary. Primary is also known as Addison’s disease and secondary is often caused by a pituitary tumour or long term use of steroids for conditions such as asthma. Although I haven’t had confirmation of which type I have, I understand this may possibly be linked to my asthma inhalers. This is an unusual response and is in no way a reason to be wary of using inhalers. I am hoping to learn more about this once I have more information on my condition.

The main danger of adrenal insufficiency is going in to an adrenal crisis. This means your body isn’t getting enough cortisol and if untreated can lead to coma and death. Scary stuff, right? Yes, it is and a lot to get my head around but the most important thing is that it is a manageable condition.

I need to learn about my body and what dose of medication I need to keep myself healthy. The key is to look at how my body reacts to situations and know when I need to take extra medication to try and stop an adrenal crisis before it becomes a life-threatening situation. There will be times when I won’t be able to stop it and I will have to put things in place, so those around me know what to do in an emergency.

As with any new diagnosis I have a lot to learn and a lot to process but as someone who has been ill for so long, I see this as a positive step going forward. I’m not going to get better tomorrow or even in a few weeks but there is a glimmer of light at the end of a very long tunnel.

The journey is far from over, but we now have the right tools to start to tackle it. As with anything condition I come across, I’ll do it in my own style! I’ll be open and honest about my life with a chronic illness as I strongly believe that this is the best way to educate people into seeing beyond the highlights reel we all show on social media.

There will be many ups and downs and tears and frustration, but I think it’s important to share those moments, just as much as I share the enjoyable ones. Life isn’t perfect for anyone and everyone is facing their own problems. That is why I believe awareness months or days are vitally important. It gives people an opportunity to say ‘me too’. Adrenal Insufficiency is a little known condition and very few people know about the dangers of a crisis, so raising awareness could potentially be life saving. Together we are stronger.